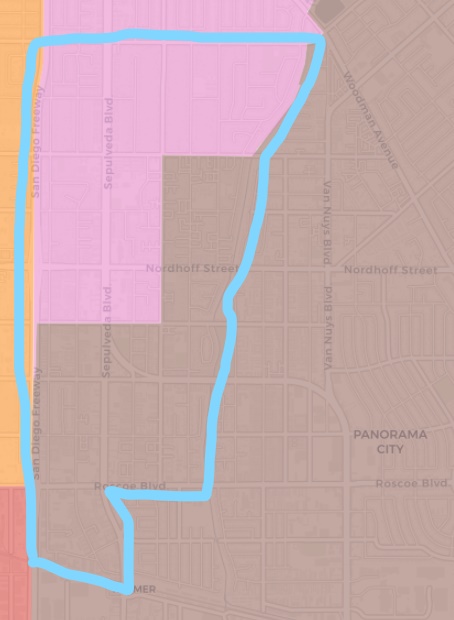 The Los Angeles City Council Redistricting Commission has held a number of public hearings over the last several months, taken in a lot of community comments and considered various map iterations in their effort to redraw the City Council Districts as a result of the 2020 Census. In their final map to be approved on October 28, North Hills East will be divided into two City Council Districts. The pink section shown above is District 7 and also includes Sylmar, Pacoima, Shadow Hills and Sunland Tujunga. Councilwoman Monica Rodriguez is elected to District 7.

The dividing line between the two districts, starting in the south east is along Rayen St, Burnet Ave, and Plummer.